One Flew Over the Kosovo Theatre 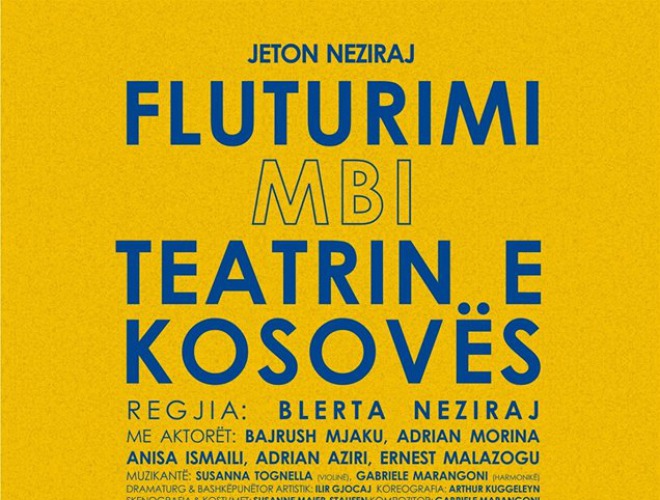 About ten years after the end of the war, Kosovo, until then administered by the United Nations Mission, is getting ready to declare independence. The newest state in the world is expected to be born soon.

The Secretary of the Ministry of Sport asks the Kosovo`s National Theater troupe to prepare a ceremonial play which will be performed on the historic day of declaring independence. Two million Euros are allocated for the celebration of independence. The theater troupe is proud and feels very privileged. But their joy is not without some challenges. Besides various â€œaestheticâ€ politically correct requirements, the troupe faces two unpredictable â€œproblemsâ€. First, the day on which independence will be declared is being kept a secret; and, second, the play has to include an unwritten speech by the Prime Minister, which he will give in Parliament on the historic day.

While the theater troupe begins intensive rehearsals, James, the stage technician has a parallel project. He starts to construct an airplane which he wants to fly around the world with the wholly original goal of lobbying as many states as possible to recognize the new state.

The news about the date of declaring independence comes all of a sudden. That evening, the government cabinet, guests from NATO, the UN, the EU and other diplomats, come to the National Theater of Kosovo to see the play â€“ The Kosovo National Epopee

â€œONE FLEW OVER THE KOSOVO THEATERâ€ is a political comedy about one of the important events of global significance this century â€“ the birth of the state of Kosovo.

This is a comedy about the new Kosovo, which is exhausted and ravaged by the war, poverty, corruption and the unending tutelage of international missions, and is trying to find its own way toward the futureâ€¦

Duration of the performance: 90 min (no intermission)