THE TOWN IS GROWING 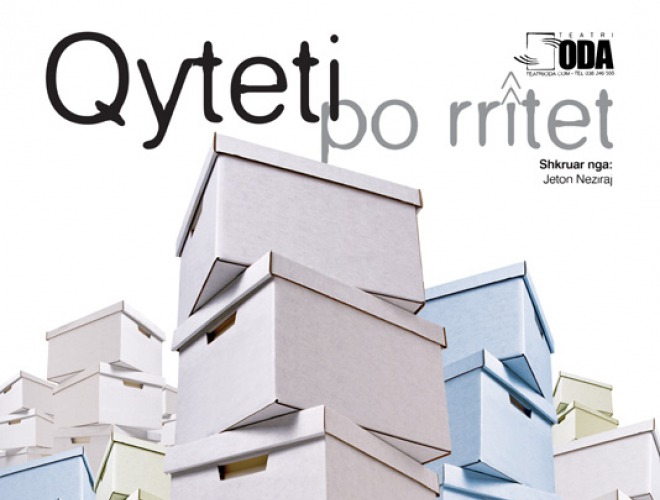 â€œTHE TOWN IS GROWINGâ€ is a story of a girl that had an accident. The story unfolds from a letter that girlâ€™s father has dropped in the complaint box. A persistent father searching for justice for his daughter, faces many officials and doctors. A cleaner from City Council, who is told that dreams â€œawakeâ€, sent the letter in the media. The story of the girl becomes a super-story in the media.

This project has been funded by:

OPIC, SIDA, ECF and US Office in Prishtina do not necessarily share the views expressed in this play. Responsibility for its contents rests entirely with the authors.

Title: Theatrical protest for negative occurrences and phenomena of the everyday life

â€œBlack& White contrast of the set later in the play proved to be the black & white reality that we live, with no nuances and refinements of a normal lifeâ€

â€œAn event that can happen everyday in our surrounding, becomes a main theme of this story, which in the play â€œThe town is growingâ€ takes the dimensions of an artistic protest against negative occurrences and phenomena that have filled up our everyday lifeâ€