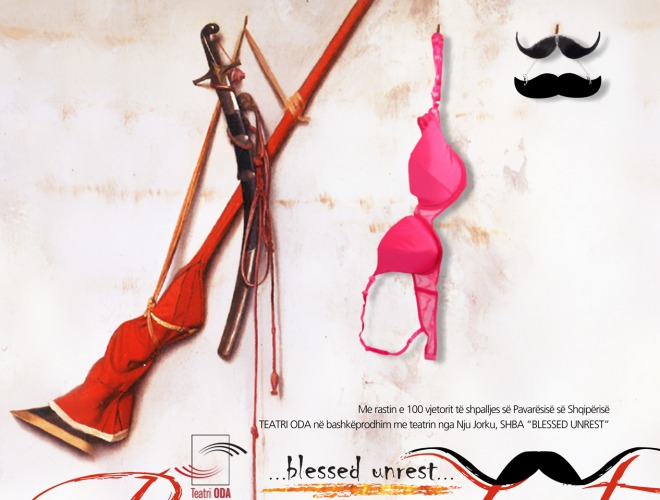 The play is based on the ancient Albanian tradition now beginning to vanish, in which women take, or are forced to take, an oath of lifelong celibacy in exchange for the rights and responsibilities of living as men.

In a rural mountain village, an aging cobbler is losing his ability to work while becoming obsessed with his collection of guns. His only son, who has immigrated to the USA to work, comes home for a visit with his American wife. The news they bring puts the family in a financial crisis and pushes his sister to make a shocking decision.

Meanwhile Madeleine Albright is coming to town for the unveiling of a statue made in her honor by the uncle of the family. When an American soldier and a love struck New York Times reporter arrive on the scene, chaotic misunderstandings abound and secrets are revealed.

The play is supported by USA Embassy in Prishtina, CEC ArtsLink in New York,  Ministry of Culture, Youth and Sports of Kosova.