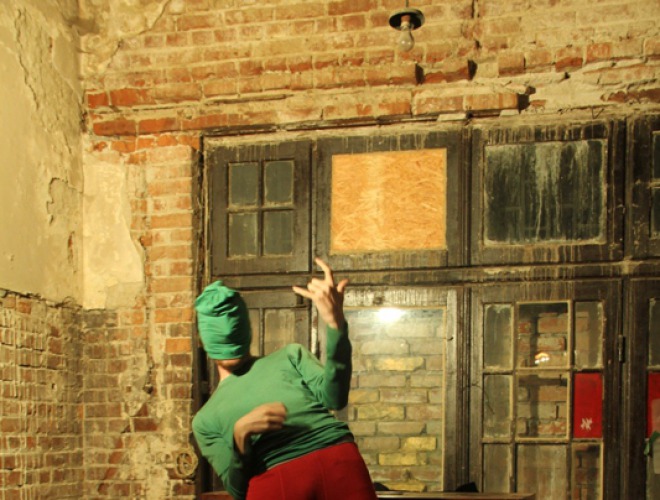 Pussy Riot. Self-immolation in Tibet. Copenhagen. The Arab Spring... and where are we now? What is the value of these bursts of resistance? And are they authentic?
In a solo mime performance, Australian player Richard Pettifer struggles to demonstrate the fabrication of individual power and the politics of communication. With a special introduction by Slavoj Jijek.

Richard Pettifer is a performer, director and critic from Australia. In 2013 he traveled overland from Australia to Germany, without flying, an action against Global Warming.
During this journey, People Spoke was performed in public squares in Australia, pagodas in Indonesia, courtyards in Iran, a crumbling house in Romania, a hardware supermarket in Ukraine and an apartment in Berlin. It is a global performance. It's theme is the authenticity of Protest. It asks the question - now there are many protests. What do they mean? What makes them authentic? What is to be done?