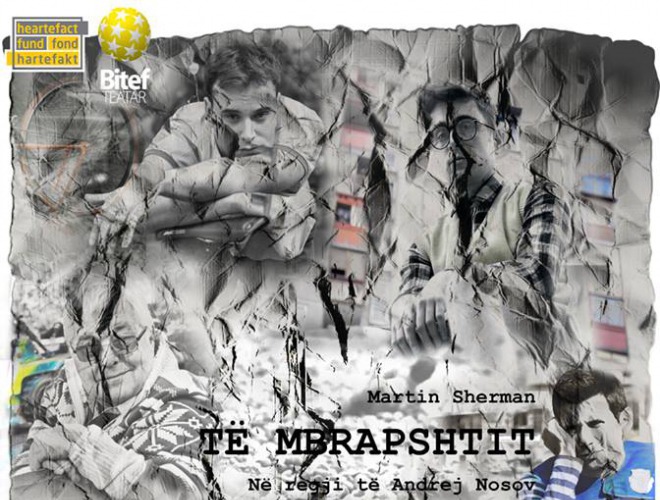 Producing "Bent" in the context of discrimination in Serbia today is, in every sense, especially artistic, a very sensitive task.  A play that has triggered certain controversy more than thirty years ago, has been produced many times since. A question about what could another production of "Bent" bring that is new and fresh occursâ€¦

In that sense, Andrej Nosovâ€™s concept of direction offers a possible answer. Transposition of a story about the destiny of homosexuals in Nazi concentration camps into a story about life in a â€˜â€™modern concentration campâ€™â€™, the position of homosexuals today, molesting and problems they face, incapability of normal life and running away into â€˜â€™four wallsâ€™â€™ is an interesting solution. On one hand, it describes the universality of hatred of all retrograde ideologies towards homosexuals. On the other, it puts a very delicate task in front of the authors: to avoid banality and wrong parallels and to try to produce a show which is not only obviously political, but also reaches the audience on a totally different, very intimate level.