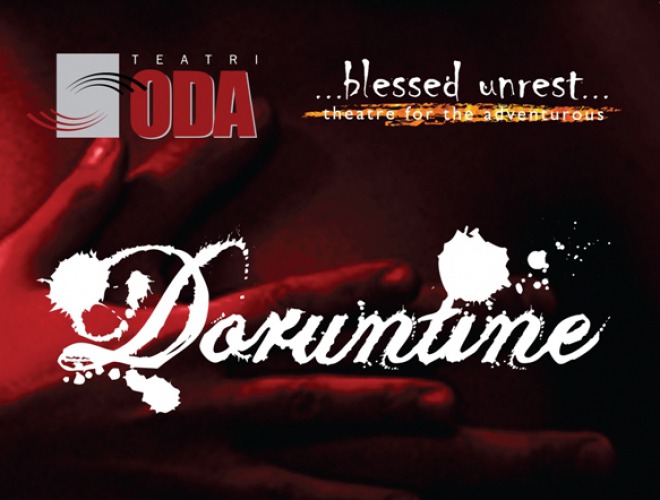 A marriage that spurns tradition, an impossible journey on horseback, a brother who defies the grave. Inspired by the Albanian legend as written by Ismail Kadare, Doruntine is the mythical tale of a forbidden love and the danger of a promise that can never be broken.

From the opening scene, this production is thrilling. The directors take every risk imaginable, and all of them somehow pay off. Doruntine is inventive, exciting theater that crosses artistic as well as national and cultural boundaries.

"...the story feels both ancient and cutting-edge. Doruntine is the kind of production I'd expect to see as part of BAM's Next Wave festival.

"This terrific collaboration is experimental in the real sense. It expands its medium in radical ways, and creatively bridges gaps in language, genre and culture. It's the first of Blessed Unrest and Teatri Oda's co-productions on U.S. soil, and audiences will wish for many more to come."

The impulse behind the creation of Doruntine is a powerful one.

"Doruntine is a play about finding strength in what an individual is capable of, and having a faith in that power during a time of intense doubt when the powers that be prove unreliable. Needless to say, this is an exceedingly timely story, and one to inspire hope in a time filled with grave fears.

"...Doruntine is a wholly theatrical and moving telling of a very relevant and powerful story. It's a window into a culture not often heard from, and is yet another argument for the cultural importance of independent theatre. Both Blessed Unrest and Teatri Oda are independent theatres in their own respective countries, and Doruntine is a testament to the exciting work these kinds of companies are producing."

This mystery is explored by a hardworking, white-clad ensemble of actor-dancers who use their bodies both as set pieces and as barometers of emotional intensity...sheer originality...delightful surprises."