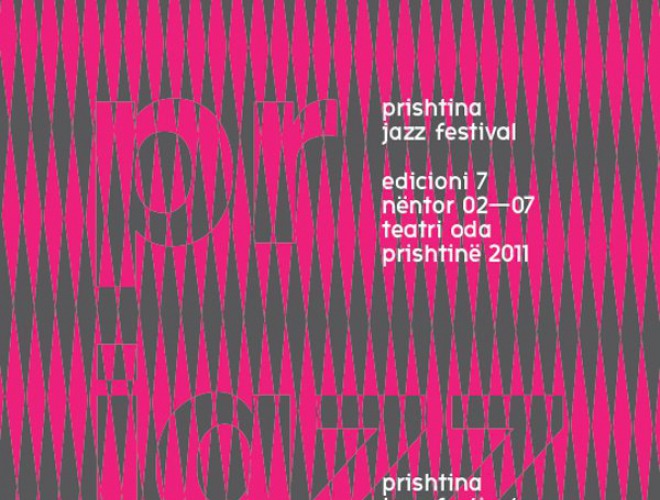 An emerging young kosovar pianist that studied piano and jazz in Germany promises to be one of those artist that we will cherish in years to come and most likely hear a lot about! His Vigan Kuci Trio LIVE cd published in october 2010 presents us with Vigan's trio concept and music that is both interesting and delightful to hear. Vigan's style and performance, his musical and artistic maturity prove that we are dealing with a very talented and promising artist works of which will be fresh, interesting and exciting. Vigan and his friends will be, for sure, one of the delightful concerts of this year's edition. Come and hear them perform at Prishtina Jazz Festival.

Prishtina Jazz Festival proudly presents the Kosovar Jazz Scene bands and musicians featuring over 4 hours of live music and presenting the most talented and the most recent creations and projects of local jazz musicians. A marathon of music, collaboration and creativity combined with jazz and ethnic music and influences. Come and hear what Kosovar Jazz Scene, OM Quartet led by Visar Kuci, fiery & eclectic Flamenco Trio, and the soft and jazzy Trio of Love, have to offer in this lengthy festive music event.

Ferit Odman (1982) is an on demand jazz drummer based in Istanbul. He started his music studies in Sweden as an AFS exchange student (1999), got a full scholarship to get his B.A. in Music at Istanbul Bilgi University (2001), attended the School For Improvisation workshops in NYC (2004), and has been granted a Fulbright Scholarship to further build on his studies at William Paterson University (2006). He spent / played two years in NYC, studied with jazz greats like Mulgrew Miller, Harold Mabern and Bill Goodwin and he holds a M.M. (Master of Music) degree in Jazz Performance. He became heavily entrenched in the Turkish jazz scene at a young age and recently performs and tours with Turkish pianist Kerem Görsev, while leading his own quintet and promoting his upcoming CD release "Nommo" that he recorded in New York with Vincent Herring, Brian Lynch, Burak Bedikyan and Peter Washington

At the age of ten, Marco started studying guitar, discovering soon after the electric bass that he studied first taking private lessons from a musician in his hometown and then on his own. Afterwards, he studied also with Massimo Moriconi for some time. At the age of 15, Marco enrolled at the double-bass course of the Tito Schipa Conservatory in Lecce, where he graduated in 2005 under the supervision of Leonardo Presicci. While at the music conservatory, Marco developed a passion for Afro-American music, started transcribing the great masters of jazz and studied the standards, the stock in trade of every jazziest. His diverse music experience has ranged from Rock, Pop and World Music to classical music and jazz. He performed at several festivals in Italy, Belgium, Germany, Kosovo, Morocco, Holland, Greece, Turkey, Ireland and France. He released "Opening", his first album as a leader, featuring Gianluca Petrella, in 2007 and the second one, "The Dreamer", produced by My Favorite Records in April 2011. Within the European jazz scene, he can also boast prestigious collaborations with Paolo Fresu, Gianluca Petrella, Ernst Reijseger, Perico Sambeat, Raffaele Casarano, Luca Aquino and Banda municipal de santiago de Cuba.

"A timeless story of the heavy times when the gangs wanted more than the petty theft and were anxious to get their taste of the real action. In this thrilling roller coaster a guy called Charlie and his crew are planning to rob a bank. They have a plan that can't possibly go wrong. What they don't have is the consent of the local boss. Now they have to deal with the law and the crime as well. Will they get away with it or will they get what's coming to them?" http://www.youtube.com/RobertJukicJRTV

The Ferenc and Magnus Mehl Quartet consists of young musicians who had been selected and supported by the National German Youth Jazz Orchestra and various State Youth Jazz Orchestras. All of the Bandmembers have made a name and achieved success in multiple previous formations and groups. Those achievements include, for example, awards from the "Jugend jazzt" competition, and being a finalist at the European Yamaha Sax Contest. With gigs at the Elorrio Jazz- and Bluesfestival in Spain, and the nationwide Youth Festival Leipzig, among others, as well as countless concerts in german Jazz Clubs, such as Jazz Club Lindau, "Rogers Kiste" in Stuttgart, "Moritzbastei" in Leipzig, the Loft in Cologne, Jazz Club Villingen or "Alte Paketpost" Rottweil the band further established itself and earned national and international recognition. In July 2006 the band won first place under the name Magnus Mehl Quintet at the Getxo Jazz Festival, a European wide jazz competition. Through this well- known award the band was included into the main program of the festival. They played concerts with Eddie Palmieri and his Afro- Caribbean All-Stars and the Billy Cobham-Lockwood String Quartet. Their harmony on and off the stage, and their captivating, energetic solo performances excite crowds over and over again. The fresh and unconventional style of the Ferenc and Magnus Mehl Quartet in addition to their charismatic and unforced appearance makes it impossible to escape the magic of their music.